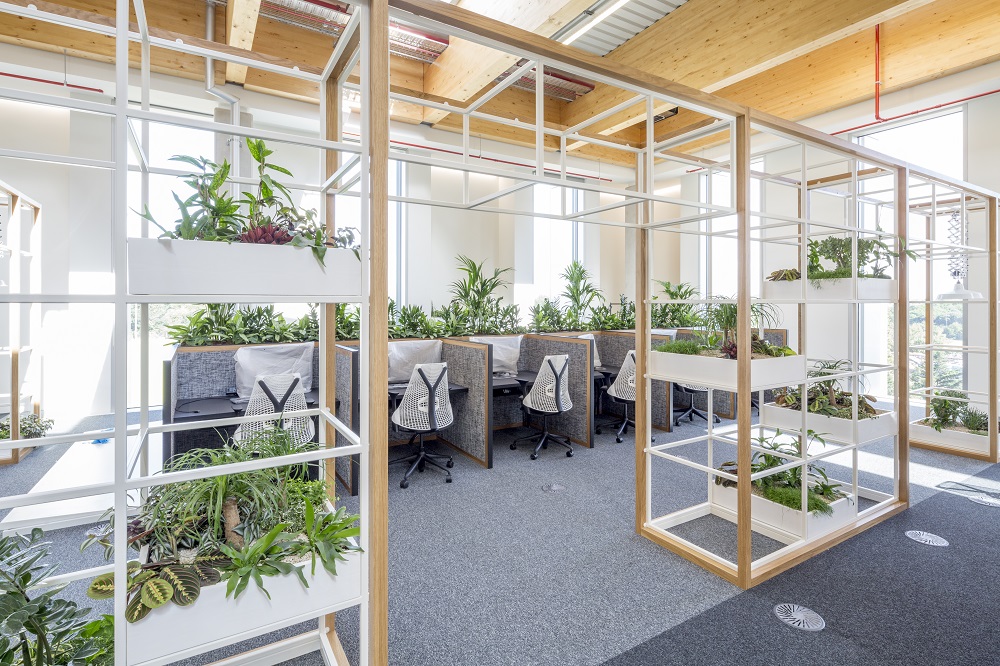 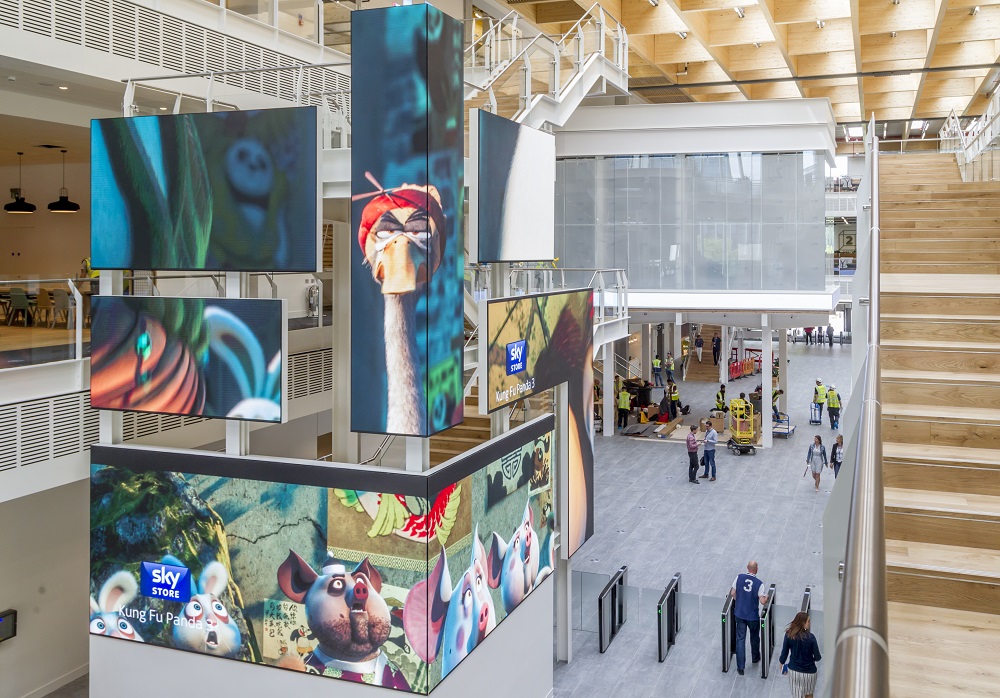 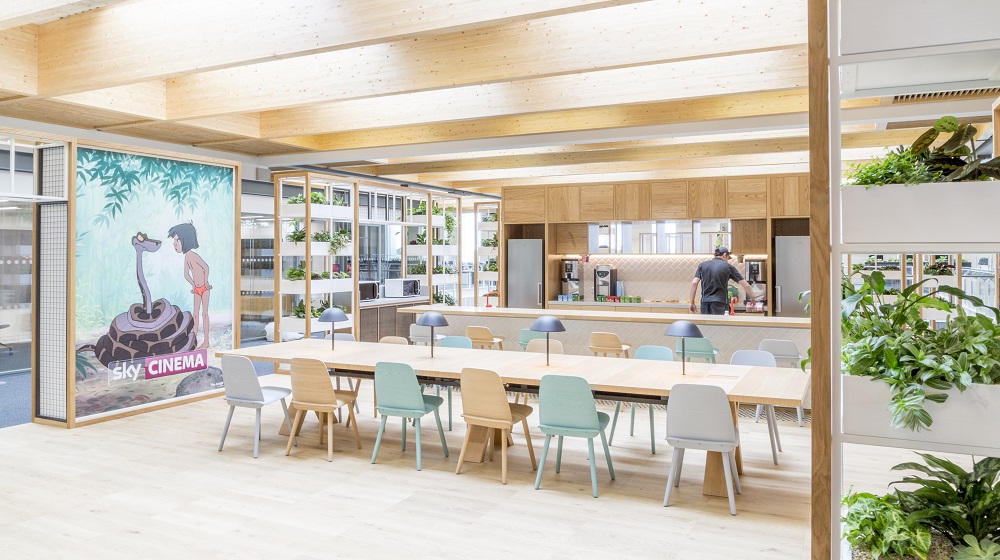 Summary: L+C were appointed as structural designers for the high level joinery units by COMO as Main Contractors for the works, in turn employed by SKY under the design and build contract.

The high level joinery structures were designed as self-stabilising internal structures marking up various neighbourhoods/ landmarks to provide diversity within the expansive floor plates of the new Sky Central building 2 in Isleworth.

The structures which are either steel or timber or a combination of the two were not supported/ fixed at the top, and as such have been designed as freestanding and able to withstand lateral loads, with rationale behind the lateral load and stability proposed by L+C to the design team, which included Arup the original Stage D structural designers on the project and Hassell architects.

The overall resistance to overturning and sliding due to lateral load is provided either by the self-weight of the structure or a combination of self-weight and additional kentledge (by way of planters and concrete blocks) where this was required. Where necessary, sliding is also resisted by nominally fixing into the existing raised floors.

In addition to the high joinery elements, L+C have also designed various structural supports for the large screens in the new Sky building.